We were delighted to grant a brave boy’s wish, nicknamed Smiley Riley had an even bigger grin when he met his Liverpool FC heroes thanks to the help of Liverpool FC.

Riley, 11, who lives in Sutton Bridge in Lincolnshire, was diagnosed with a brain tumour at the age of nine and underwent months of treatment at Addenbrooke’s Hospital in Cambridge.

When his aunt Hannah nominated him for a wish to be granted there was no doubt that it would include his beloved Liverpool Football Club.

We arranged for Riley, his dad Shane and brother Brandon, 13, to see Liverpool train at their Melwood training ground.

Mum Emma explained: “When Riley was in hospital the nurses nicknamed him Smiley Riley because he stayed so cheerful through all his treatment.

“When my sister-in-law nominated him for a wish to be granted, Round Table Children’s Wish was amazing. They kept in contact all through his treatment and then one day out of the blue got in touch to say it was all organised and gave us two dates to choose from.

“Riley just loved meeting his Liverpool heroes and his smile was even bigger that day. He is still talking about it and we’re going to get all the photographs from the day framed and put on the wall for him.

“He loved meeting Mohamed Salah, his favourite player, but it was the manager Jurgen Klopp who made the biggest impression on him. He told us he was ‘such a lovely man’.

“I’m overwhelmed with all the kindness we’ve been shown. Round Table Children’s Wish said they had something for me, too – and they gave me some money so I could treat my other children Jessyca, 22, and Owen, who’s eight.

“We went to the cinema and had a meal out which was lovely, especially as Jessy was so good at helping to look after the others while Riley was in hospital.

“What Round Table Children’s Wish does for children like Riley and their families is just amazing and we can’t thank them enough.” 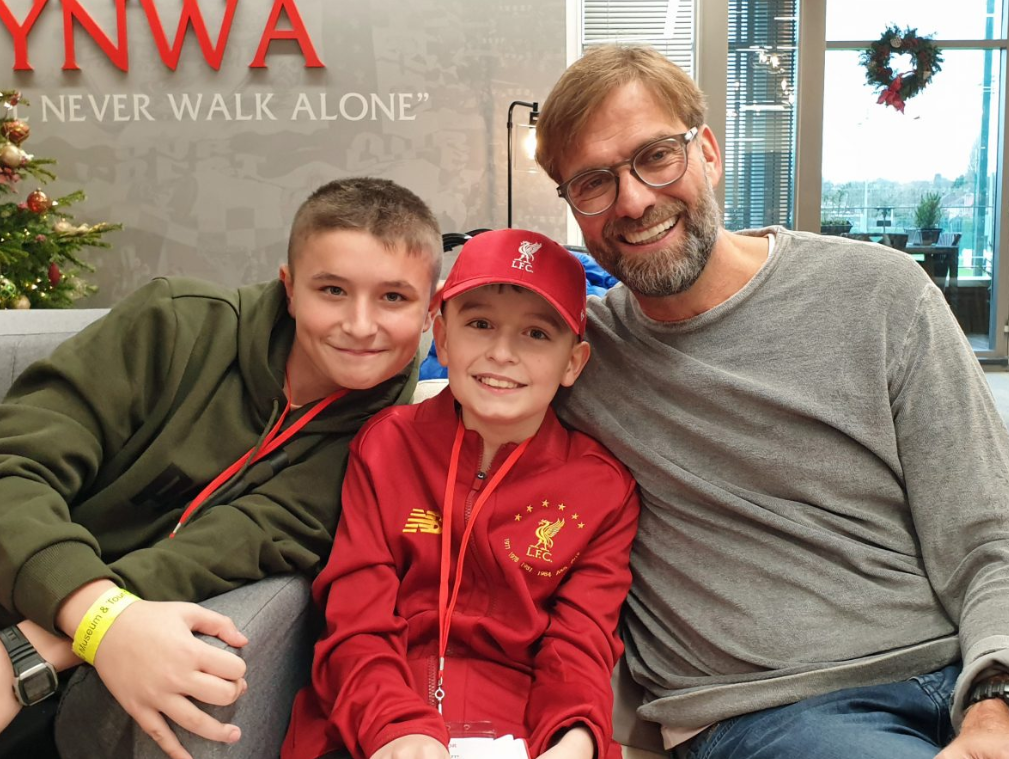